An LSV ring came loose in a pipeline compressor in Poland. 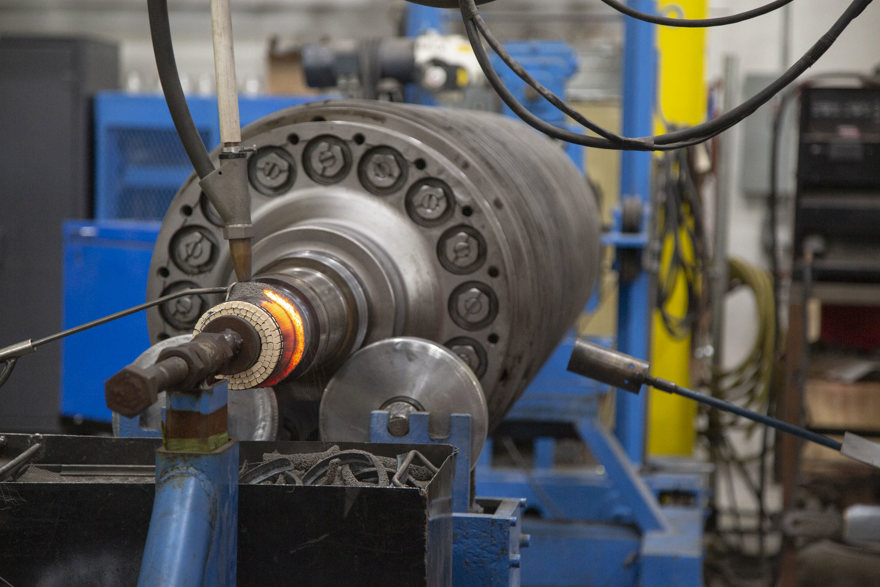 An LSV ring came loose in a pipeline compressor in Poland. This resulted in severe damage to the diaphragm and impeller.

Since the single locking screw was not strong enough, it broke off and the ring started to rotate slowly in its mounting groove. Due to the rotation, the clearance in the groove increased and the ring became loose and struck the impeller.

The vibration monitoring system generated a trip of the unit. A more robust locking method was suggested and applied to the failed compressor.

The LSV ring was axially bolted into the mounting groove. The bolts were made flush with the diffuser wall in order to not disturb the gas flow or reduce compressor efficiency.

A more robust locking method was applied to the compressor

Whether you have a question about our services or capabilities, or how we can help you solve a challenge, we'd love to hear from you.
Object reference not set to an instance of an object.
LIVE - EDIT