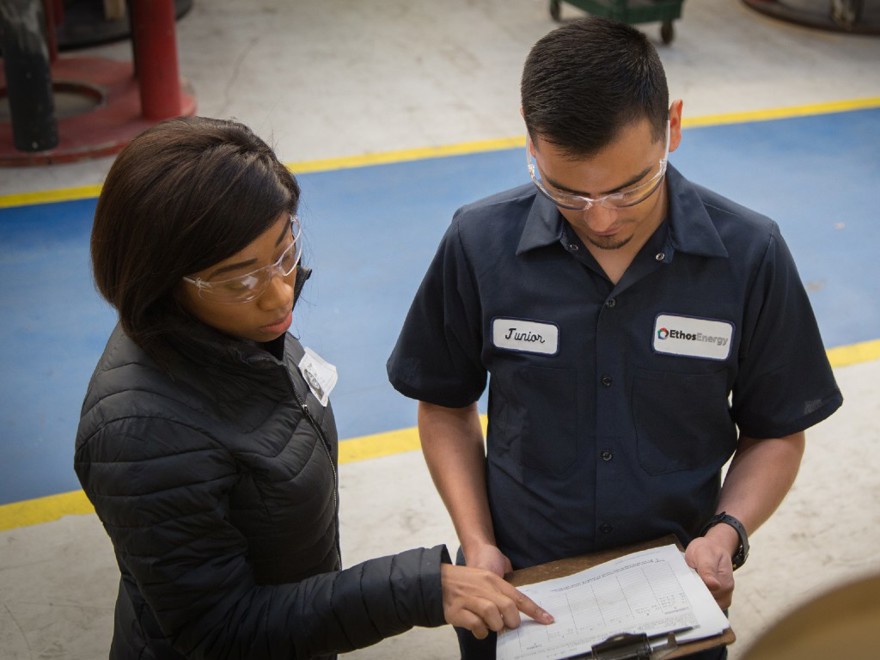 One of the significant trends in the formulation of Israel's energy policy is the adoption of a circular model that offers efficient use of resources in industrial plants and power plants, to slow down the effects of the climate crisis and accelerate the transition to sustainable energy.

In view of the escalation of the climate crisis, technological-economic models based on the efficient use of resources and raw materials are gaining momentum among energy industry organizations. The circular model by EthosEnergy is among the world's leading approaches - a concept that calls for increasing the potential of the organization's energy improvement while emphasizing the environmental and economic benefit.

In power plants, a typical lifetime of a gas turbine rotor operating on continuous mode (24/7) ranges around 200,000 working hours. In Israel, it is customary to use turbines for only a few hours a day, to compensate the energy demand and the product has a lifespan of 5,000 operating cycles, while over time the equipment heats up, wears out, and operating and maintenance costs increase. According to the old-fashioned concept, equipment that has reached the end of its life cycle is discarded and replaced with modern equipment, but this process is long and wasteful and often forces complete or partial production shutdown. Furthermore, during the production of new parts for industry, polluting gases are emitted, and large quantities of waste are produced, which cause environmental pollution.

EthosEnergy offers an alternative solution: upgrade the outdated equipment and replace only the minimum parts required, in addition to technical upgrades some of which allow operation using hydrogen energy or biofuels. The model is made possible through an innovative and exclusive technology developed by EthosEnergy, which is applied in countries such as Germany, Italy, Netherland and recently also in Israel.

The solutions include a patent for the renewal of steam turbine blades in less than one month, combined with a deposition of unique alloy that increases the blades' resistance to future erosion and extends the life of the equipment by up to 400%. Another innovation that EthosEnergy manufacture is the ecofriendly transformers that use, instead of traditional oil, an environmentally friendly and safe biodegradable coolant fluid, meeting the most stringent standards.

"EthosEnergy is conducting comprehensive research examining the environmental impacts of industrial equipment throughout its life cycle - with the aim of increasing the efficiency of resource utilization in the industry and reducing emissions of environmentally harmful gases", said Valsania.

In Israel, as in the rest of the world, there is a growing awareness of the negative consequences of the energy crisis on the industry, the economy, and the rising prices in the market. As part of the global effort, Israel has committed to net zero-carbon by 2050 but meeting these goals will require finding innovative solutions that will enable Israel to gain energy independence over the coming decades. Accelerating the transition to new models requires simultaneous collaboration between governments, academic and research bodies, industry organizations and companies such as EthosEnergy.